One of Praxair’s largest packaged gases distribution facilities in Mexico and Central America, the Nogalar facility ships over 40,000 cylinders a month and serves 70% of Praxair’s customers in Praxair Mexico and Central America’s Northern region. Determined to become a zero waste facility, employees needed to overcome one main challenge - what to do about the large quantities of lime slurry generated by their acetylene production process, only 57% of which was being recycled. The team found a way to overcome this problem when a new customer agreed to take the lime slurry for its productive use. The arrangement now prevents 400 metric tons of slurry waste from going to a landfill. They also installed a waste segregation system and recycling centers in common areas, which saves an additional 15 metric tons of waste from going to a landfill each month. Thanks to these efforts, Nogalar has achieved zero waste status. 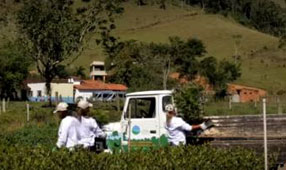 Learn how Praxair and the Nature Conservancy are taking a science-based approach to preserving the environment in Brazil, with Praxair's Greenway project. 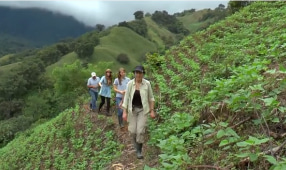 Learn how Praxair and the Nature Conservancy are taking a science-based approach to preserving the environment in Chiapas, Mexico, with Praxair's Greenway project.

Learn about our personal commitment to our communities.